Musings of a Chronic Dreamer

Every night I can always tell I'm getting tired because of the anxiety. it rushes through me like a zap of electricity, shooting fear down my spine and making me feel like I'm gonna die. I always end up okay, but this has been going on since I was a small child.

When I was little, I would lay in bed at night and listen to the sound of my hearts beat until I passed out, the sound of it pulsing in my ears bringing me comfort. This comfort turned to fear as I grew older and realized oh shit I'm gonna die someday. The idea of my heart stopping causes me immense anxiety, perhaps because it is something out of my own control, perhaps because it is within my own control.

And so sleep often evaded me.

Oct 22nd/2021
I was at this weird divination appointment, and this really pretty person asks me if I would like to be the host for the information. I said yes, and they started playing music. Music started coming out of me, and one of the songs was a johnny cash one, as well as another one I don't quite remember.

I start having realizations about the inevitably of death, how everyone leaves an imprint when they die, from the tiniest duck to the biggest person. They leave echos that you can tap into and communicate with.

I see a bunch of ducks, and I can see their lineage going all the way back to the oldest mother duck.  The pretty person puts me in Bell-bottoms, and I remark about how I feel lost and how alienated I feel in the current generation. They nod in approval, they say they understand completely, and that time will leave me feeling better about it.

I stare into my journal, the pictures bring me comfort. I've been working on this journal for almost 4 years now, and it's grown a LOT. I will probably keep working on it for as long as I'm alive, if I'm being honest. It's had many covers and many iterations, but one thing has always stayed the same: it's contents. I don't always work in it, that's something I find best left intuitively. But when the thought strikes and the creativity hits the pan, it flows to life so effortlessly. This is my greatest treasure.

It makes me feel something, I'm not sure what exactly. I like to think it has a mind of its own at this point. It sleeps beside me every night, along with my rose quartz heart.

Part of me wants to believe in magic, which I do but the more skeptical side of me wonders if it's having any effect at all on how well I sleep. It makes me feel softer, either way. The comfort of the linen cover of my greatest treasure, the cool and smooth crystal of the rose quartz. Is this what magic is? 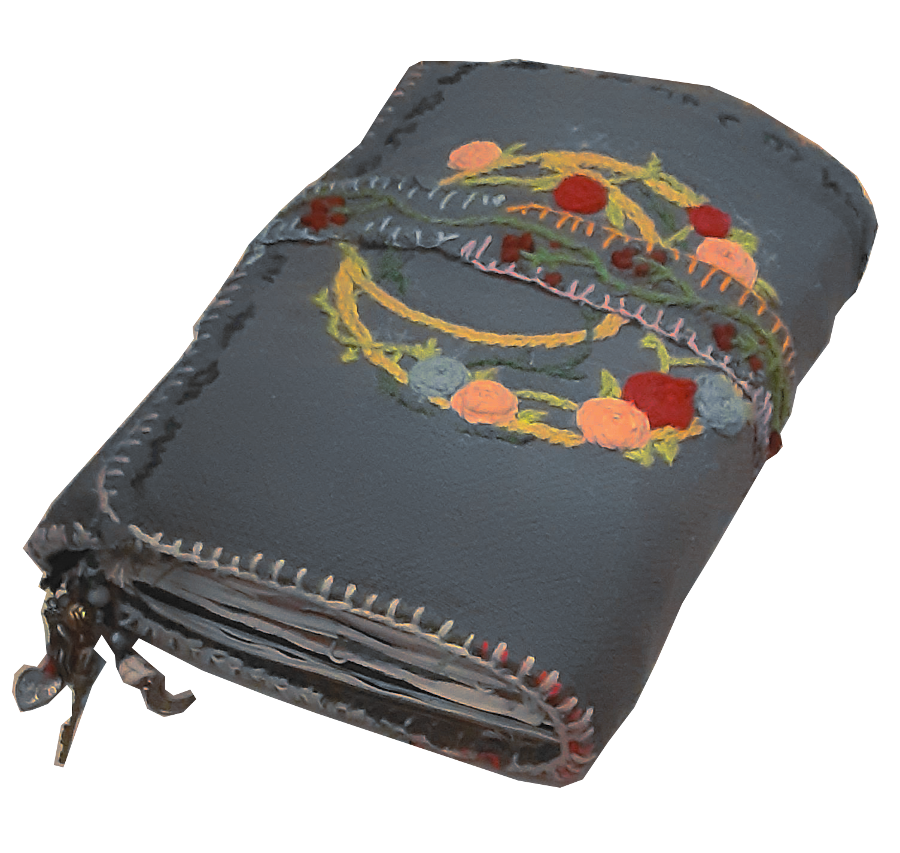 May 2nd, 2021
A human ship picks me up and I'm nearly dead but I recover. They adjust the gravity. I was escaping something on the other ship and the only thing I could take was a bulk box of oatmeal. They re-adjust the gravity and were gonna land on an island planet. I danced with a man on the ship and told him that I am betrothed, but the 3 of us could be happy. I did some Irish step dancing. I was petting a massive lion man trying to stabilize him - he was badly injured.

I ate a hallucinogenic frog and things started getting really weird. My small stang broke in the dream when I fell out of a tree. The frog was making me shift between different parts of myself. I cried over my stang but my other one was still there and strong . We were on the island and I was running with two little cubs as a volcano started erupting. I hear people freaking out and trying to get away and I see someone die from hardened lava rocks flinging at his head.

We end up hiding in a storage shed and surviving. I walked through a dilapidated office building people were squatting in to meet the lion man with the cubs.

I love sleep, but the act of falling asleep still terrifies me to this day. I know it's irrational, but the sensation of slipping and fading away always makes me feel like I'm dying even though I'm not.

I relax my body, finding the most comfortable position where there's no pain - pain that usually follows me in my day to day life - I feel my hips crack into place as I adjust the position of my pillows, and then it happens. The pain melts away, everything melts away. I try not to panic, as usual. It's like sinking beneath the waves of a never ending ocean, letting the warm water caress and pull me under. I've been slowly trying to accept the waters more, and not panicking - the panic makes it more difficult in the long run.

Oct 23rd/2021
I am high ranking royalty in a country that has gone to war. My knights tell me not to fight on the battlefield, but I want to dearly. I watch a bunch of soldiers die, and get struck with 'Quicksilver Disease" which, has nothing to do with mercury. It gave me a sort of spreading infection through my body and my veins in my left arm were turning silver.

I am at my childhood home. My mother is there and she's doing her thing. I'm covered in sewing pins in all my legs, down to the little ball. They're painful and I have to pull them out one by one. She doesn't help at all even though she see's me struggling. She takes my plate of pasta, mixed with my own blood from getting the pins out and she starts eating it.

I am in a dark room, I am given a goat skull mask, a voice tells me its in my control now.

I've always dreamed. Even when I was little. Throughout my teenage years those dreams melted into nightmares as I remembered the horrors I experienced as a child. Waking up screaming. Waking up thinking I was dying. Oftentimes, when I would try to sleep back then, I would end up in sleep paralysis. My sleep paralysis demon took the form of a massive wheel that would roll out of the backroom attached to my bedroom. No matter how much I ran, it was always behind me - the ever present threat of being crushed by it.

This lasted, several homes and houses and squats later, and my dreams still tormented me. Sometimes they were benign, other times they were outright sinister. There was a point where I wasn't sleeping at all during the night, and my only refuge was taking a nap in the afternoon.

Jan 18th/2018
I was driving an old Thunderbird and the house started flooding above the the windows and it started freaking me out very much because the water pressure was getting BAD. My dad was there at my theatre class, and he embarrassed me in front of everyone with his problems. I got upset and was going to leave but I decided to stay.

I ended up in this very large and complex school? that had locked doors you needed a teacher to get through. I ran through and tried to avoid my classes. I ended up in one of the elite classes and some of my old friends were very upset with me.

I got slop for lunch, because the way the lunch system was done was very elitist and while the other people got really nice food I was stuck with next to nothing. I bought a kids rainbow mask BC it was the only one that would fit.

I ran though the school, leaving my stuff behind and I ended up in this terrifying  basement part where there were pipes and old school stuff they'd abandoned. And I cried.

March 2022
I don't remember when I first started keeping a dream journal. It must've been ages ago. There are times I don't write in it for months, and there are times where I write in it everyday. It all depends on how I'm feeling when I wake up.

Oftentimes, I'll go through it and back read what I've written. There are entries spanning around 7 years worth, scattered through different journals I was using at the time.

It's strange to see yourself grow through your dreams, its strange being able to see your priorities shift and flow and you get older, wiser, more experienced.

I'm put on a new medication that's supposed to help with the nightmares. It lowers your blood pressure and helps you relax. I hope it works ease the terror.

What I don't realize is that it helps me relax into sleep. It doesn't completely take away the nightmares, but it makes them softer, fuzzier, easier to cope with. It also makes the panic of falling asleep fade away gently, which is nice. The water is warm and I am sinking beneath the waves of sleep. It comforts me, holds me like a friend, and says "we'll get through this". And I DO. I start sleeping longer, at a more regular time. Like clockwork, and it's bliss.

I'm not sure how to end this right now. Everything is still uncertain - such is life- and I'm still navigating these waters. I don't think I'll ever stop having to navigate them. It's easier now that its calm and warm and beautiful, rather than a terrifying and stormy sea.

Who knows, what the future holds. What my dreams hold. I can only imagine, and feel them out as they come. I don't think I'll ever stop listening and feeling my dreams, as they've always guided me. I don't hate the nightmares anymore, I've come to see them as my subconsciousness trying to tell me something, within myself. Occasionally I'll have the bad oh-fuck-bad-traumatizing-memory-dreams, but they feel fuzzier nowadays, and they don't affect me the way they used to.

And I'm glad. I thought that starting this medication would take away my dreams completely, and it made me nervous - what if I stop having the good dreams? But it was a step into the unknown I needed to take, for my own well being. And it's worked out pretty swimmingly so far. 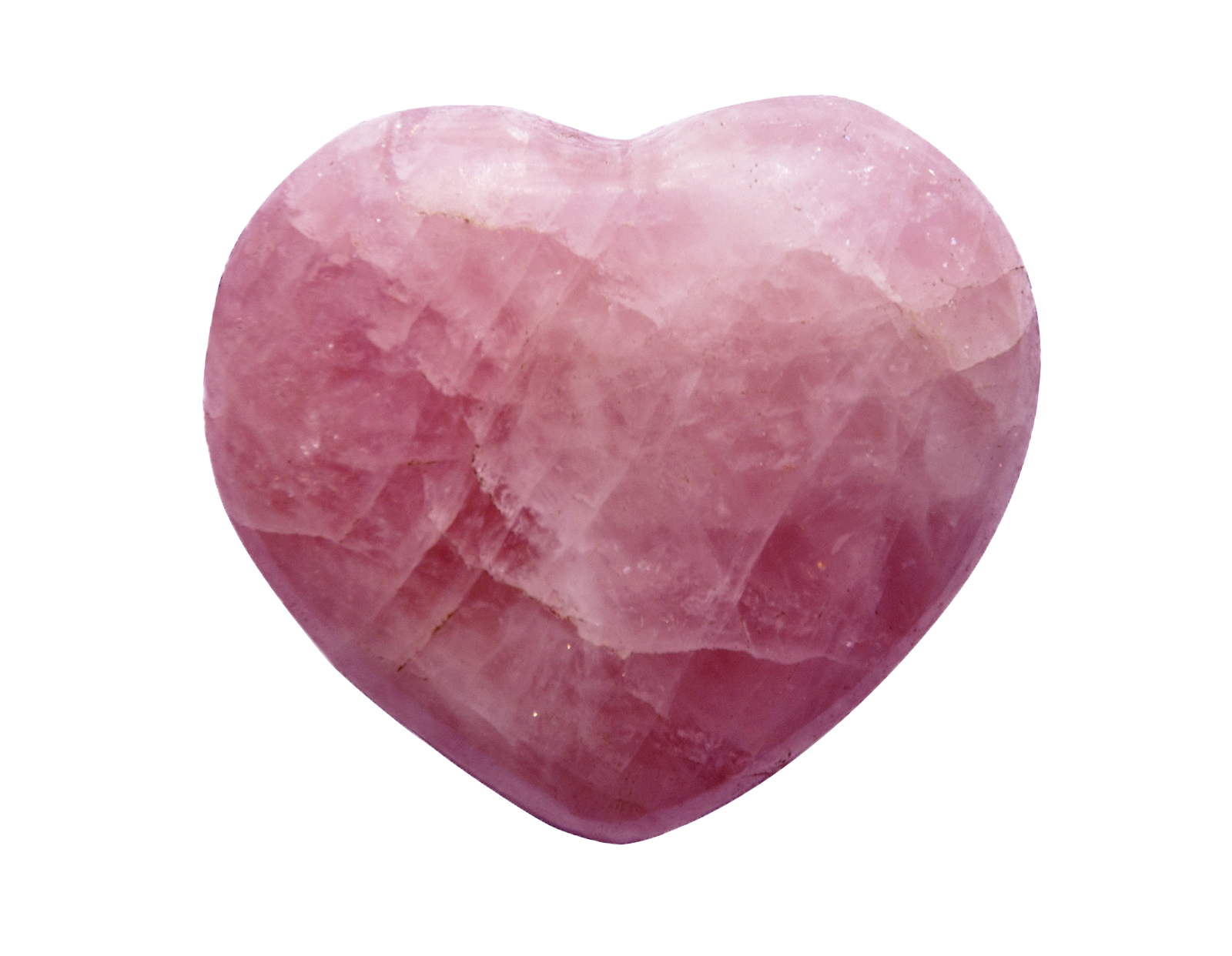